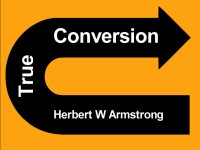 Herbert W. Armstrong founded the Worldwide Church of God in the late 1930s, as well as Ambassador College in 1946, and was an early pioneer of radio and tele-evangelism, originally taking to the airwaves in the 1930s from Eugene, Oregon.
HA101A

A man was put to death for telling people what I am going to tell you now. It's a strange message, it astonished the public, they had never heard such things before and it's going to astonish a lot of you now because most of you have never heard it before. It angered religious leaders because it was utterly different from their teaching in that day. So they had Jesus Christ put to death. My friends why haven't you heard what it was that He said that they hated what is was that He said that caused Him to be put to death?